A kitchen designer for almost 30 years, Kelly earned a bachelor’s degree in Resource Economics at the University of New Hampshire. After graduating, Kelly began working part time in a lumberyard where she was quickly enticed into kitchen design. The rest is history. During her career, Kelly has worked with homeowners throughout the Merrimack Valley and Southern New Hampshire areas. She is known for her patience, listening skills, precise installation notes, and out-of-the-box thinking regarding design. All of that translates into Kelly’s ability to give clients options that are unique to their home and how they work in their kitchen.

A Design Tip from Kelly:

“My job as a designer is to guide you through a process that is enjoyable and gives you what you want to the best of our abilities. Choose someone that listens to you and doesn’t just tell you what they think you should have. The homeowner is a HUGE part of a successful kitchen design.” 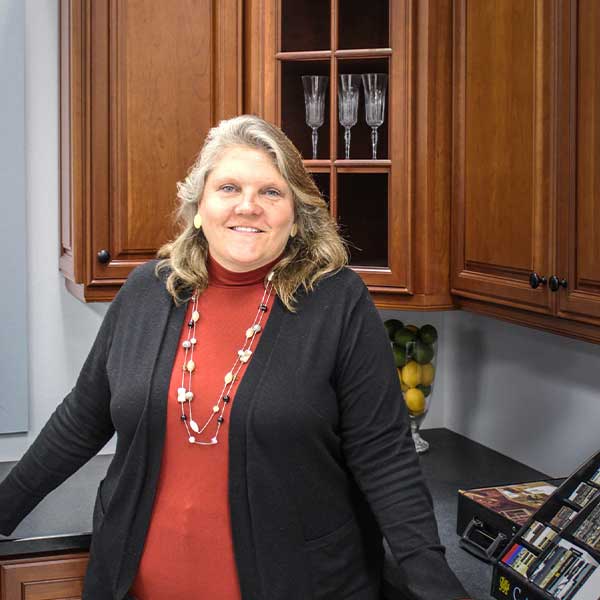